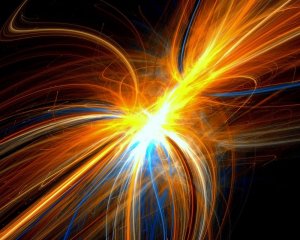 Before going down that path – the one from which I left at the end of the last post – I need to introduce you to something else. the town and the citadel, during the night.

Like I said – my house was at the base of the citadel – As you imagine, the house fits just right in – actually the new buildings which are built in close proximity to the citadel NEED (by law) to look like medieval style architecture.

That was not the case with my house which is already, by design, medieval. Tt’s a 2 story mansion, built in the late XVII century, it has two small towers on the roof, and some sort of left over guard tower, which is part of one corner of the house, is round, and it’s the one holding my room. which is at the base of the tower.

the nice thing is, that the window is actually a bit round, spanning around almost 25% of the whole thing, which not only allows for big enough room to fit a bed through, but also offers a generous view of the citadel, at night. I can clearly see the clock tower although not that good like in the picture. It looks nice, especially in the daytime, the whole citadel looks nice during daytime but, just like a schizophrenic, the town changes moods, personalities and faces instantly, as soon as the sun goes down. The narrow streets start pushing down on you as you keep walking and walking along those old cobblestone streets and especially streets that lead towards the clock tower like this make you feel strong yet very insignificant in the same time. The night is your best friend and your worst enemy, the giver of peace and the god of turmoil, mixed in one neutral feeling.

The clock tower however looks much more different during the night and going towards it you would follow the exact same path like in the last picture, and continuing to go further, under and around the clock tower, starting to descend the citadel, would lead you on the road you see in the second to last photo.

However, if you make a right when you reach the top of the citadel, and do not go towards the clock tower, you end up going towards the high school and, inevitably, climbing the infamous stairs, which look anything but friendly during the dark night which most of the time are not illuminated like in the photo, and are rather… well… pitch black. Not a good idea in a night like this, especially because they lead to nowhere else except the high school of course, but then there’s the morgue, the old church with a crypt full of bones beneath it, and the entrance to the cemetery, which holds, beside the gates, a nice little house in which a family of the guardian of the gate, and the guardian himself, live.

Here’s a full view of the citadel, made a long time ago, but unchanged.

Now, hang on tight with me, I’ll soon reach as to why all this description. But it’s rather simple, I need you to understand why I made the decision that I made.

Last part of the description:

Between that “going left instead of under the tower” and “getting to the club” is a narrow street, about 200 meters in diameter, which is flanked on one side by the one end of the church and on the other side by nothingness: the citadel ends abruptly there and it’s a straight line down, about 30 meters. It’s rather nice, offers a magnificent view of the newer part of the town below, which is buzzing with life even late at night.

However, that street, is rarely walked, and for a good reason: it’s usually fogged out by some strange reason, only that particular street being completely in fog, and, it’s downright creepy. Nonetheless, I had to cross it. Here is that street.

Now back to where we left in the last post: I turned back and looked at Regina. I was… my life changed forever, with one look. Right there and then I knew that I don’t know shit about life. That however important I felt up to that point, I’m nobody, I know nothing, I’m stupid compared to what’s out there and I’m going to die – soon.

What I saw in her face is beyond comprehension – as you figured maybe by now, if you had the patience to read this whole blog, yes, this is a blog about vampires and yes, what I’m about to say is exactly that: I saw a vampire. Regina. My Regina. The girl that put me in a crypt, took me out, offered me comfort, then came back. That Regina. Her face was telling me, by all intents and purposes, that I’m a mouse and she’s the cat. And she was about to strike, right NOW.

The reason why I made this blog can be understood in the following lines:

Listen to me and listen carefully, for if there ever was someone who can tell you exactly what it is the way it is, that’s me. I grew up in the town where their supposed “father” was born. I was born here. I grew up among them (apparently). I’m not writing a book. I’m not gaining anything out of this blog. I have no ads. I have nothing to gain from this: I want one thing and one thing only – to set things straight, to tell how it is, what I lived through, what I saw and how it actually is.

And for one thing I can tell you – it’s not that romantic (well depends on how sick you are) like in Twilight, Vampire Diaries or any other Romance/Fantasy Vampire movie you’ve seen.

I can also tell you that for what it’s worth – Bram Stoker was on to something, he got a lot of things right, but some terribly wrong. More on that later.

Right now – I was looking at Regina, and she was… out of this world.

Her eyes were now wide open, the whites of her eyes were almost no more – it was a deep dark red around her pupils and her pupils and retina were one and the same, there was no telling between the two, there were just two circles, a deep dark red one circling the darkest and deepest black I’ve ever seen. They were not moving. They were fixed entirely on me, jumping from my eyes to my neck wound every ticking second.

Her hair was somewhat over her eyes, not flowing smoothly anymore, it was ravaged, savaged out, beastly.

Her mouth formed a snarl, like that of a dog which is really, really angry at you, showing you his teeth and telling you to stay away through that.

Her throat was making almost the exact hiss that a cat makes when you piss it off – continuously. It was deafening.

At first I was terrified, for a second I thought she’s really, really mad at me for some reason. But then I saw what bit me.

I can’t explain… well enough, what they looked like. The movies, the photos, they have it pretty much wrong. They length is somewhat ok to what you already know, but the thickness is wrong, they aren’t the shape of human canines, they aren’t that thick, and they aren’t straight.

They are curved both towards the interior of the mouth and towards each other, if only by a tiny notch.
They are thin(er) than normal human canines, girl or boy doesn’t matter.

The only and only photo I could find that got somewhat CLOSE to what they looked like is the photo of the teeth of a cat. This one. That is not a description of the whole mouth, only the canines are interesting here. The rest of the mouth was normal, as I knew it. But the canines have changed and now looked like that.

I did what ANY SANE person would do. I wasn’t romantic like in the movies, I didn’t touch them or lick them or tell her how it doesn’t matter, how great she is and everything. That’s downright impossible. I know you want to believe deep down that even if you’ve seen your loved one like that, you would care for him and hug him. That’s impossible, trust me. Plus this girl already tried killing me once, plus I only knew her for the past 2 days.

Any sane person, when seeing something like that would react just like he would react seeing a pissed of black panther snarling at him coming slowly towards him would react exactly how I reacted: I punched it as hard as I could, without flinching, without even thinking about doing it, I just did (I’m sorry) and I ran. I darted towards the window like Spider-man. I grabbed my pants from the floor without stopping for them, I just shoved them into my hand and jumped with them, I didn’t really care if I could grab them or not, just by instinct as I ran I sprung an arm towards them and caught them in my fingers. I jumped over the ledge of the window, butt naked, no shoes, pants in my hand and ran straight for the gate of the house. Somehow I knew my family would be just fine – this… thing was interested in me apparently.

I ran my ass of as fast as I could towards the citadel, towards the same stairs where I got hit in the head, towards the path that I knew, and from the front of the last flight of stairs, I went down instead of up, and then took a right towards the clock tower. I was there in under 5 minutes, which was a record considering I usually needed 15.

I remembered the club, I didn’t care I had no shoes or no pants. I ran towards it and eventually had to go on the street that I mentioned earlier. I kept running but, without a sound, without a crack, without anything, from the fog, I saw a shadow for a second, a blur maybe, and then I was at a full stop. Couldn’t turn, couldn’t go backwards, nor forward. Couldn’t move. Two white and strong hands were holding me from one side and the other of my arms. She had caught me, she was behind me.

I remember I said something like: “Don’t… something.” And then I fainted.
Seconds before lights going out on me – my last thoughts were just a blur of words.

I saw the fog and the night and thought:

My apocalypse. I was glad to have this song in my head while I died.

You are currently browsing entries tagged with cobblestone at they live among us - not seeing does not equal not existing.